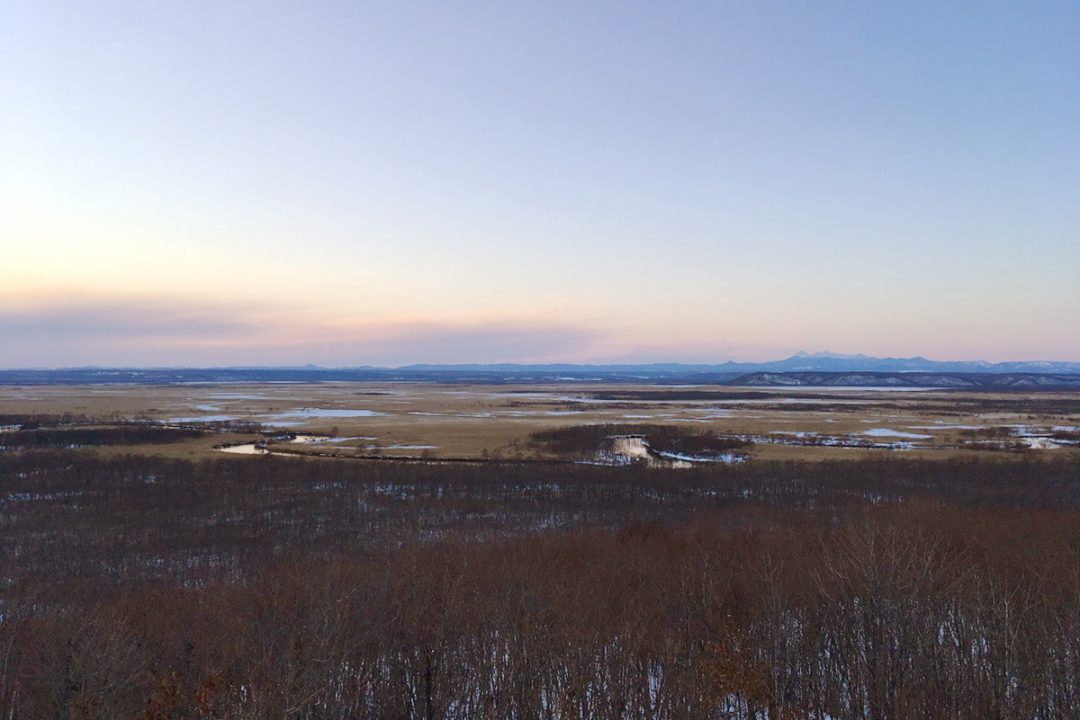 Refresh yourself by viewing the horizon and wildlife

Short walk from Kushiro-Shitsugen Station on the Senmo Main Line

Natural wonders you can only encounter in Hokkaido 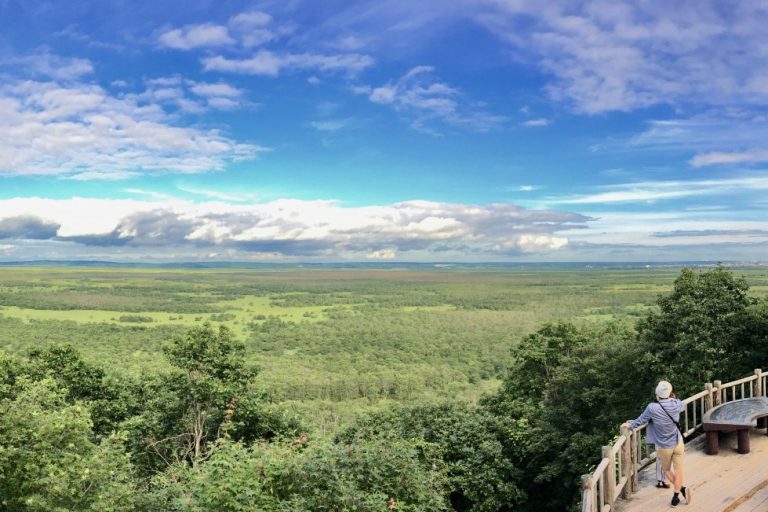 The Kushiro Marsh is Japan’s largest marsh and connects with the Kushiro-gawa River and its tributaries. Five viewing platforms and six promenades are located around the marsh. It is a precious habitat for wildlife, including water birds such as Japanese cranes. It is also appealing for its various experiences on offer during the four seasons, including canoeing and horseback riding as well as fishing for Japanese smelt fish during the winter. 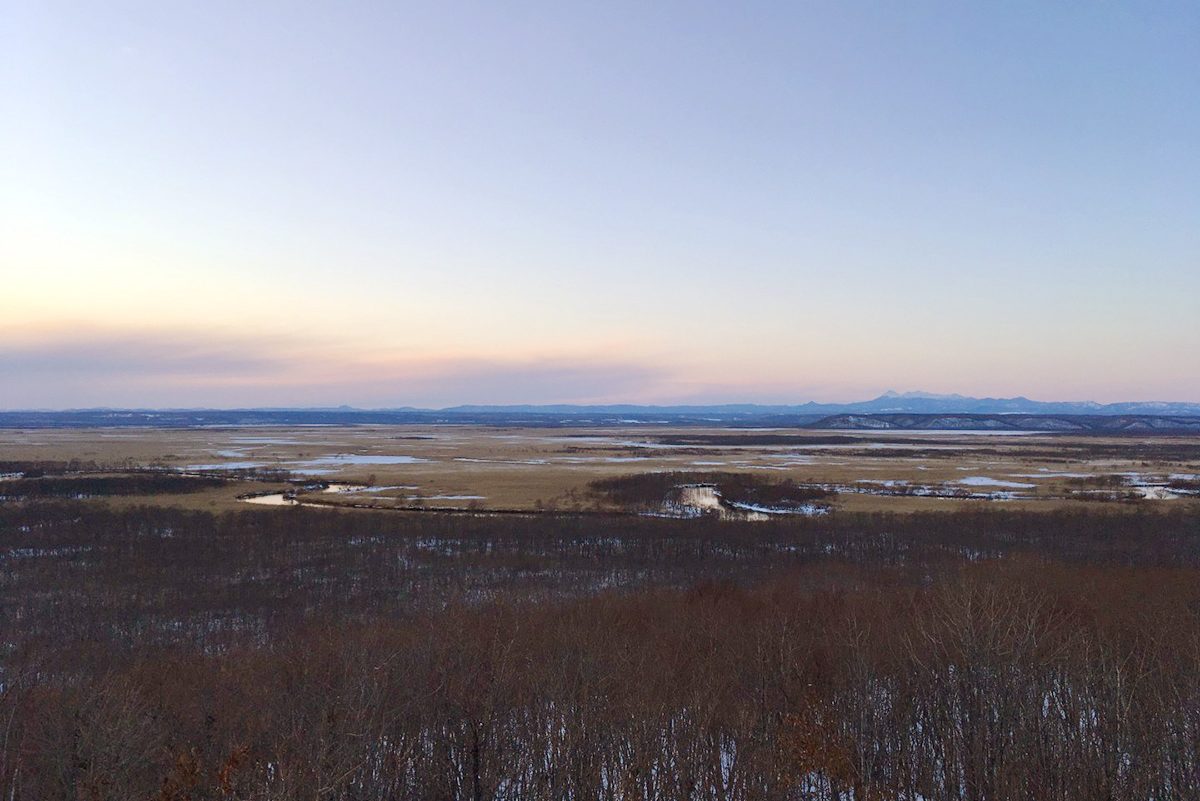 As its nickname “Grand View Platform” implies, this viewing platform offers a panoramic view of the nature before you, including the long, meandering Kushiro-gawa River, the expansive Kushiro Marsh, and the Akan mountains. The beautiful sunset is especially impressive. 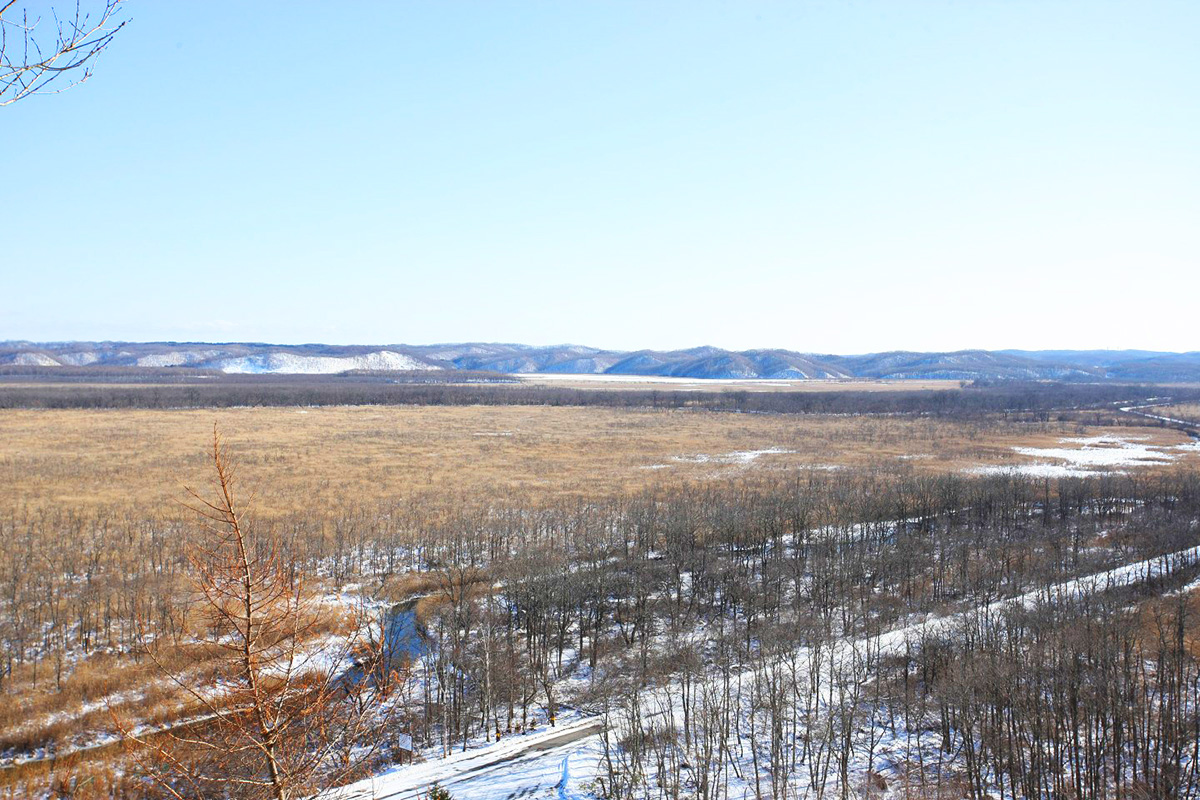 Since the Meiji period, Kushiro Marsh was considered to be useless land because it could not be reclaimed. Later, due to development and lumbering in the hill area following World War II, the area of the marsh began to decrease and dry up. However, as a result of continued appeals by researchers pointing out the value of the marsh, it gained international recognition and became Japan’s first registered marsh under the Ramsar Convention in 1980. Seven years later it became a designated national park.