A famous destination that is a symbol of Kochi Prefecture

From Kochi Station, JR Dosan Line, take the Tosaden Traffic bus to Katsurahama for around 40 minutes. Get off at the last stop, Katsurahama bus stop, and then walk 5 minutes to the coast. 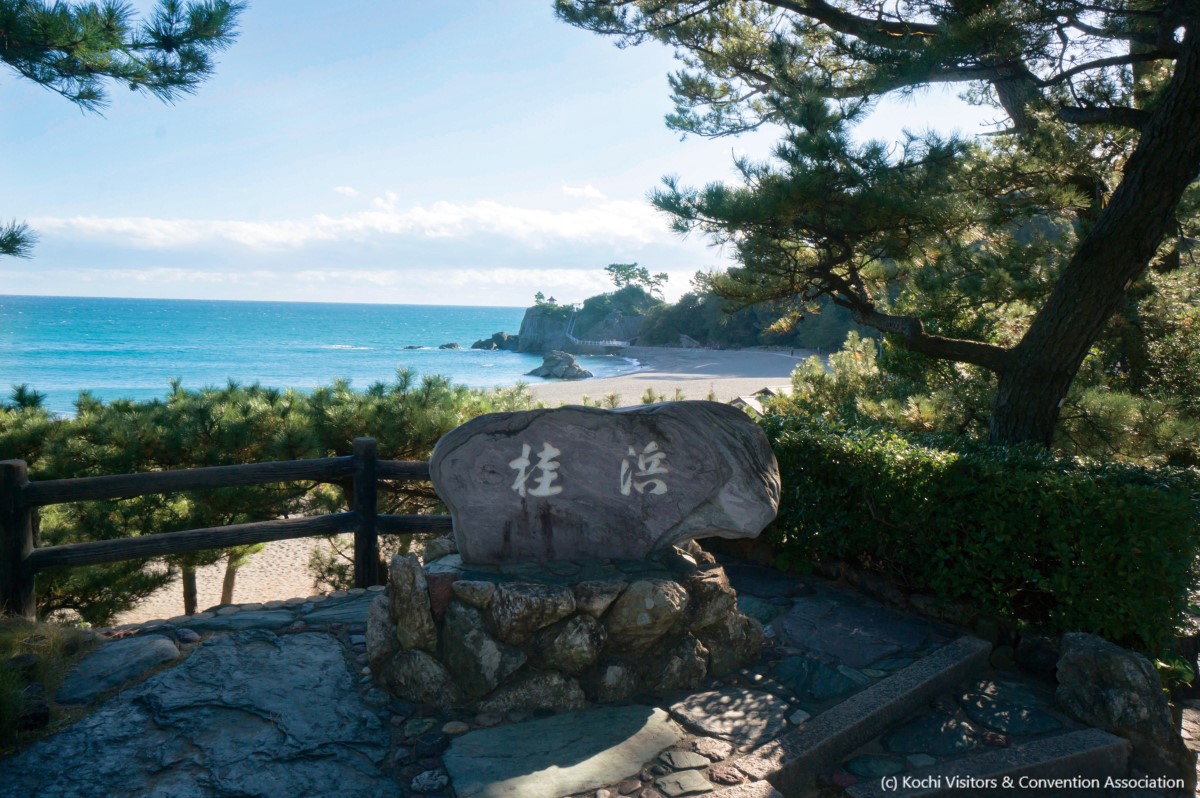 Katsurahama Beach is a wide, crescent-shaped coastline, and a beautiful location that symbolizes Kochi Prefecture. You will be captivated by the harmony of green pine trees, the five-colored gravel beach and the azure ocean. It has been known since ancient times as a famous spot to see the moon, and has been sung about in folk songs of Kochi Prefecture. Around the time of the full moon in mid-fall, when the moon shines at its strongest, the Katsura beach viewing party is held, and many tourists not only from within Japan but also from abroad come to visit.

The bronze statue that stands at Katsurahama Beach