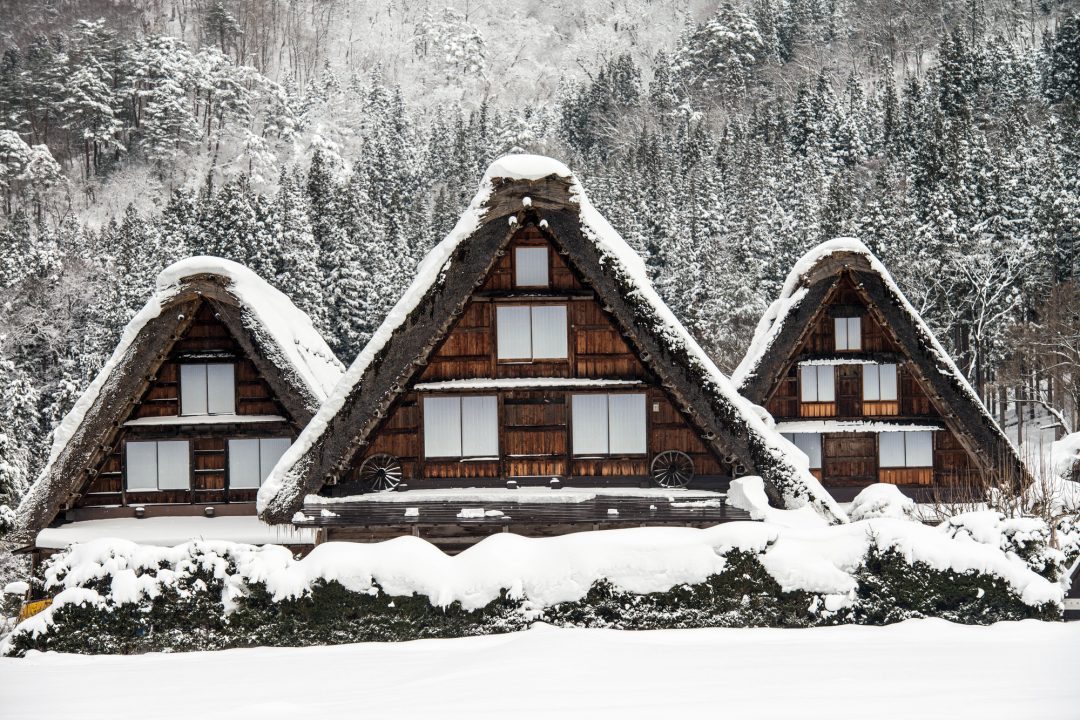 *Some establishments do not accept credit cards. You can exchange for Japanese yen at Shirakawa-go Bus Terminal.

The beautiful gassho-zukuri architectural style that is uniquely Japanese 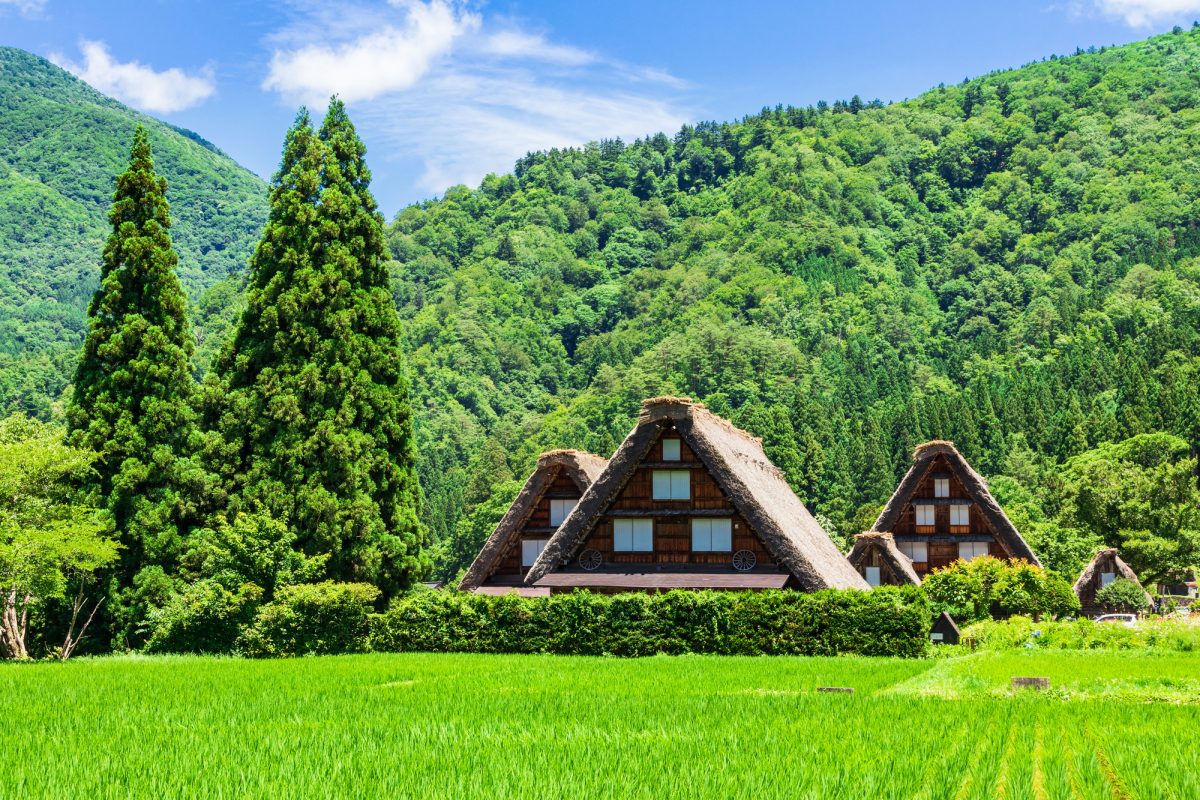 The Ogi-machi area of Shirakawa-mura in Ono-gun, Gifu Prefecture is known as a village of just over 100 large and small buildings, many with gassho-zukuri roofs, where people still live.

The village of thatched roofs is highly evaluated as beautiful, unspoiled Japanese scenery and was designated as a Preservation District for Groups of Historic Buildings in 1976. In addition, in 1995 it was registered with Gokayama in Toyama Prefecture as a UNESCO World Heritage Site (cultural heritage) known as the Historic Villages of Shirakawa-go and Gokayama.

The appearance of Shirakawa-go changes with the passing seasons 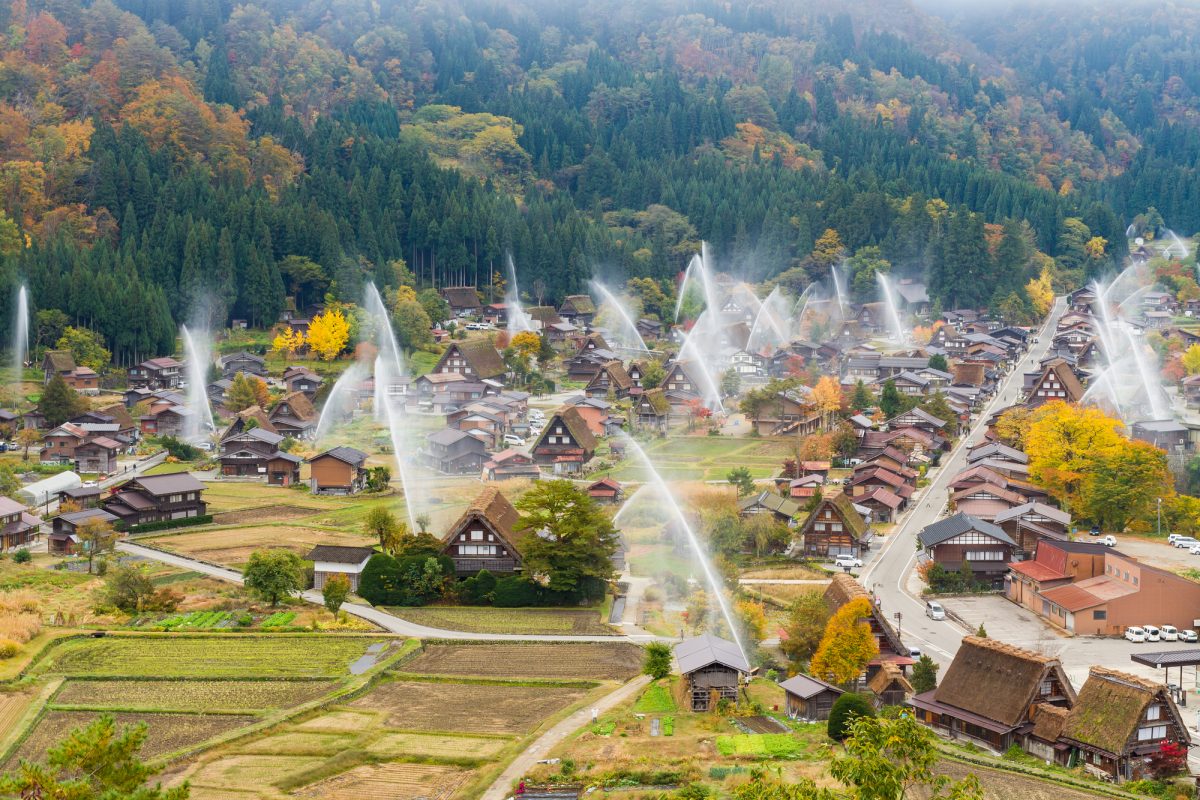 In addition to visiting the UNESCO World Heritage Shirakawa-go’s gassho-zukuri buildings, you can also stay overnight in one. You can also relish mountain foods like river fish and edible wild plants. Viewing the changing of the seasons is also enjoyable, with cherry blossoms in spring, the green mountains in summer, the foliage in fall, and the snowy landscape in winter.

If you visit in fall, the water discharge practice is a must-see. The greatest weakness of gassho-zukuri is fires. That is why there are very strict rules regarding handling implements of fire such as fireworks in the village. The water discharge practice is conducted each year in early November in preparation for any potential fires, and it is very worthwhile to catch a glimpse of the beautiful sight.