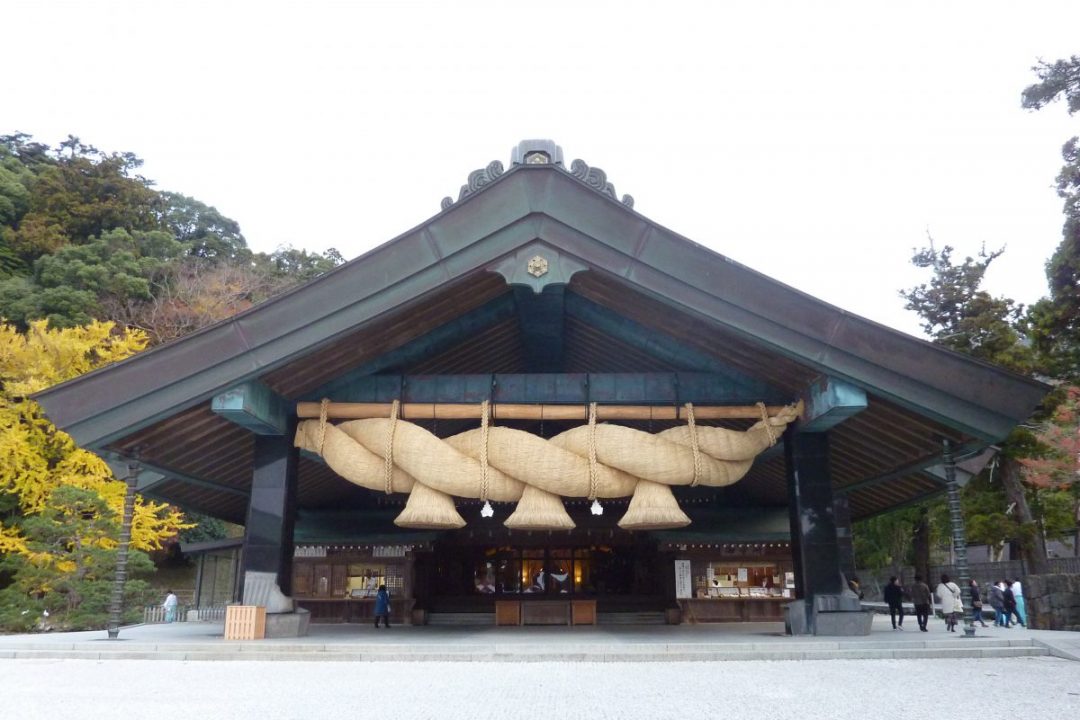 A Shinto shrine symbolized by its grand shimenawa sacred rope 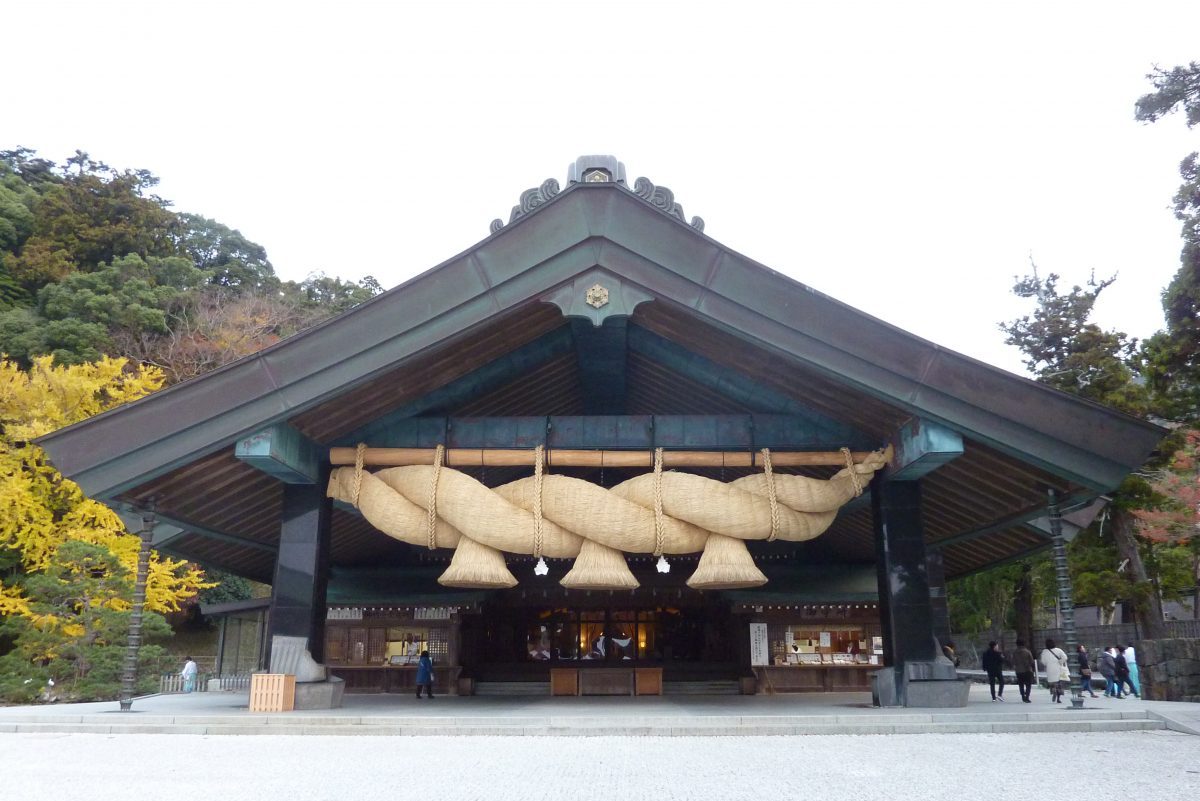 Izumo Grand Shrine, renowned for its gods of matchmaking and good fortune, is so old that its establishment was inscribed in the Kojiki (The Records of Ancient Matters), Japan’s oldest history book. It was called Kizuki-taisha Grand Shrine until the early Meiji period.

O-kuninushi-no-okami, known as Okuni-sama, is the main enshrined deity and is written about in the legend of Kuniyuzuri in the Kojiki, in which O-kuninushi-no-okami transferred land to Amaterasu-omikami, the goddess of the heavens, and the Ame-no-hisumi-no-miya that was constructed at the time was the beginning of Izumo Grand Shrine.※The picture is Kagura Hall 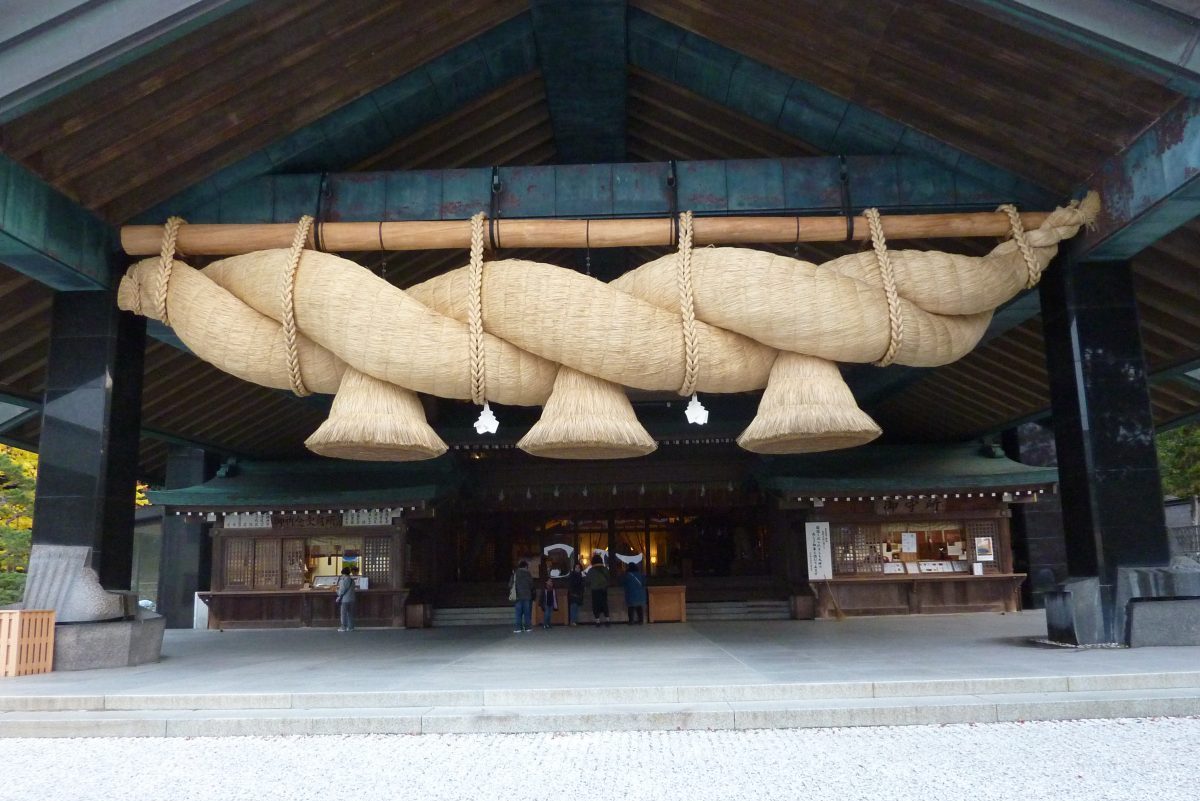 Izumo Grand Shrine contains a famous large shimenawa sacred rope. Shinto shrines generally have shimenawa that are woven starting from the right side and ending on the left side, but Izumo Grand Shrine is characterized by its shimenawa that has been the opposite since ancient times. Shimenawa are stretched around areas within the shrine such as the temizuya ritual cleansing area, the romon tower gate, the main shrine building, and front shrine, and indicate sacred areas.※The picture is Kagura Hall

A spirituality that will undoubtedly remain in the hearts of visitors 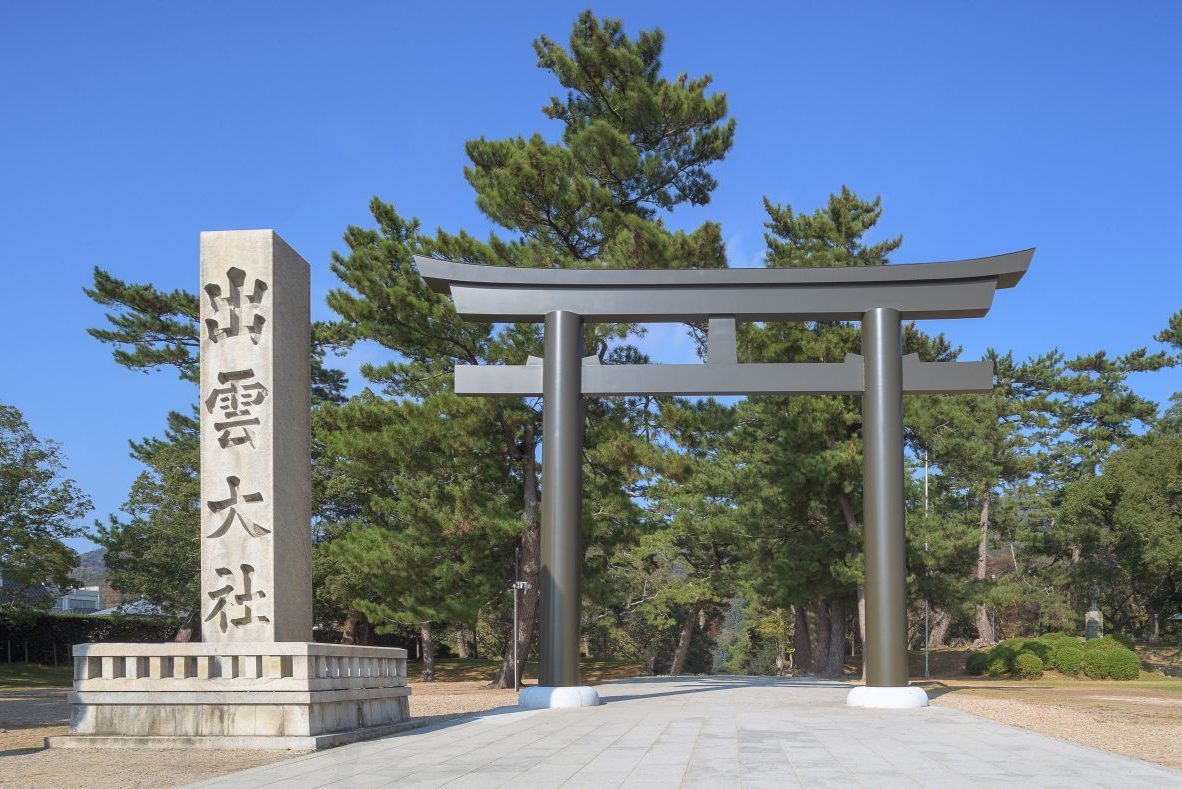 October is known as kaminazuki in the old Japanese lunar calendar, and it is said that all eight million kami gods from around Japan gather at the land of Izumo. 72 religious festivals are held throughout the year at Izumo Grand Shrine, including the Kamiari Festival when the gods are said to gather.

Izumo Grand Shrine has recently garnered attention for being a “power spot” with spiritual power. Come and experience the sacred atmosphere.