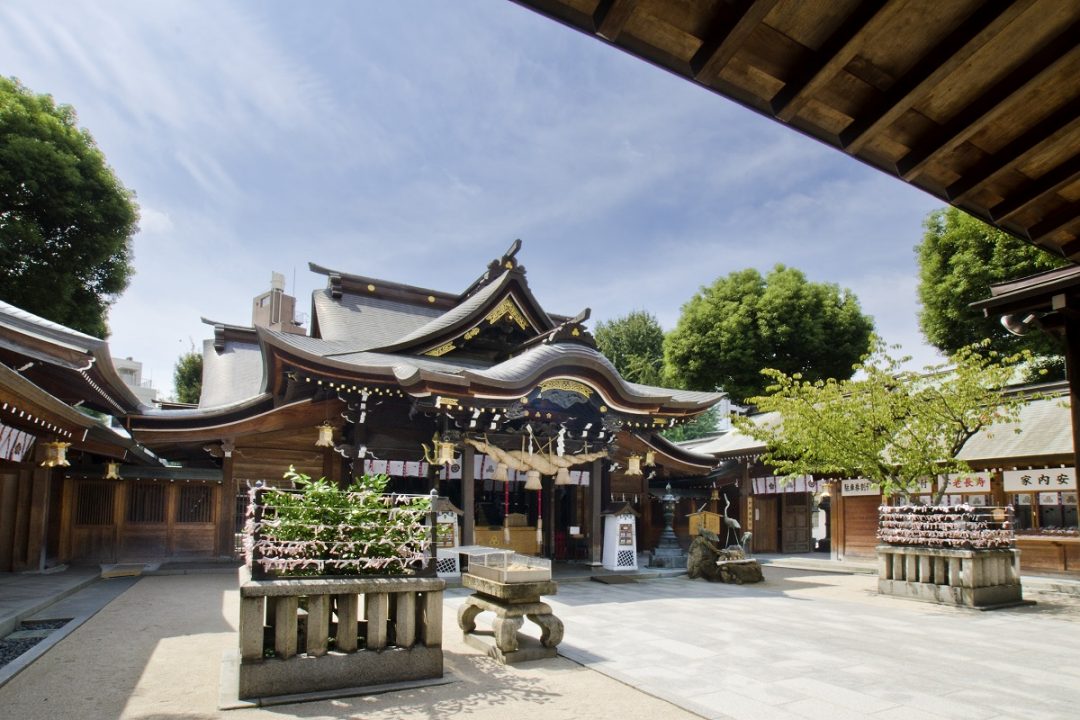 Feel the passionate spirit of Hakata! A shrine with a dedicated traditional festival

*Hakata History Museum: Mondays (If Monday falls on a national holiday, it will close on the next business day). 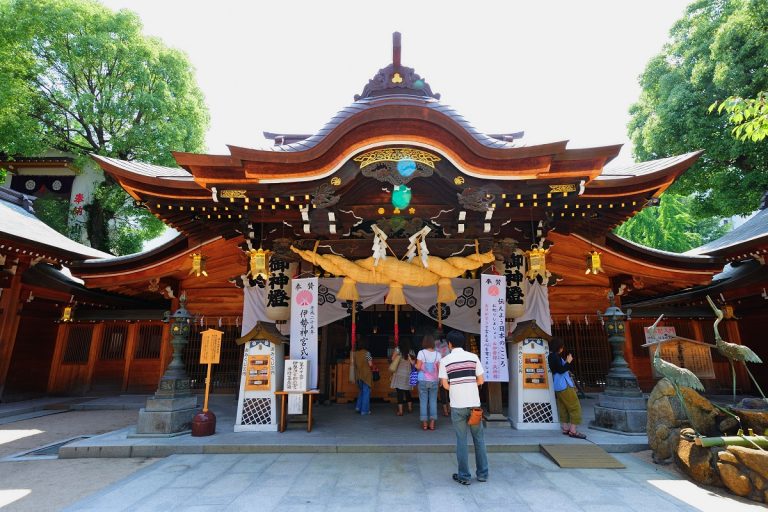 Kushida Shrine is the grand tutelary shrine of Hakata, said to be the oldest shrine in Fukuoka City/Hakata, having been built over 1,000 years ago. It is beloved by the locals, who call it “O-kushida-san (Ol’ Kushida).” Kushida Shrine is also widely known as the dedicated shrine of the Hakata Gion Yamakasa Festival, the signature festival of Fukuoka City. There are many things to see within the grounds of Kushida Shrine, including the Hakata History Museum, the Kushida Ginkgo Tree (a cultural property) and the chikaraishi (strength testing stones), so you can experience the history of Japan. 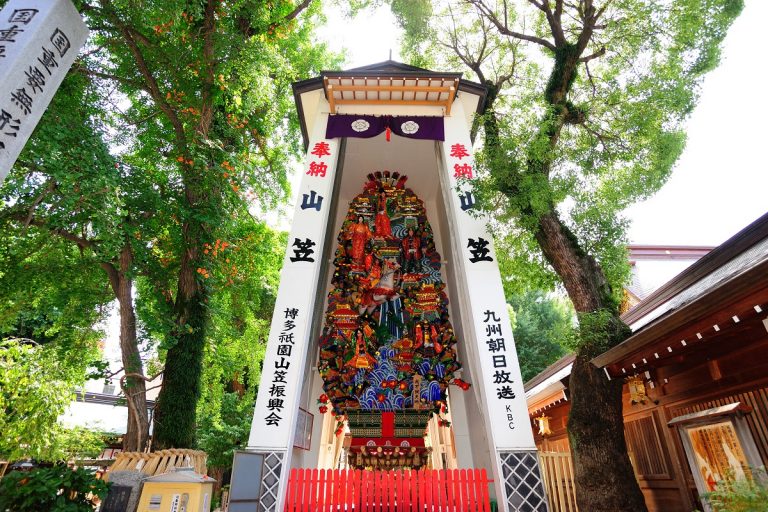 The Hakata Gion Yamakasa Festival, which boasts over 770 years of tradition, is held every year from July 1 to 15, and is a summer tradition of Hakata. There are two types of yamakasa (decorative mountains): the heroic kakiyama, which weigh up to one ton and are carried by teams of men who compete in races; and kazariyama, which are carefully built by skilled doll makers, and erected by the major wards of Fukuoka to enliven the festival. Kushida Shrine is the starting point for the oiyama race that greatly enlivens the finale on the last day of the festival. Furthermore, the magnificent kazariyama are displayed within the grounds of Kushida Shrine all year long, so you can experience their artistry at any time.