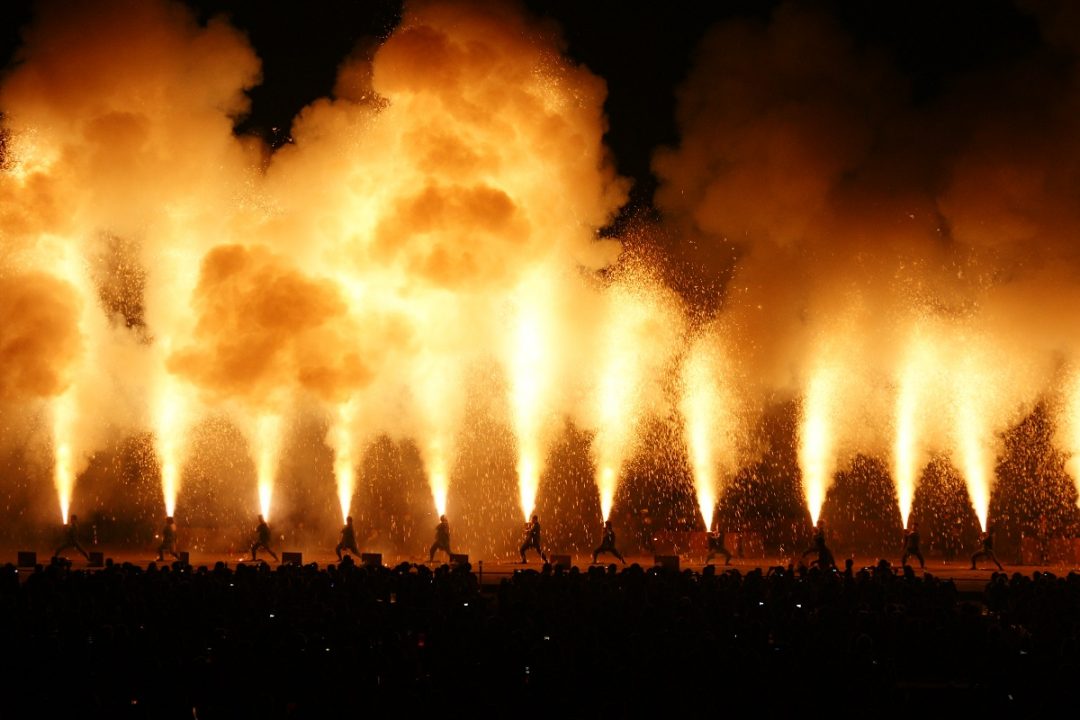 A dynamic event that will completely change your impression of fireworks 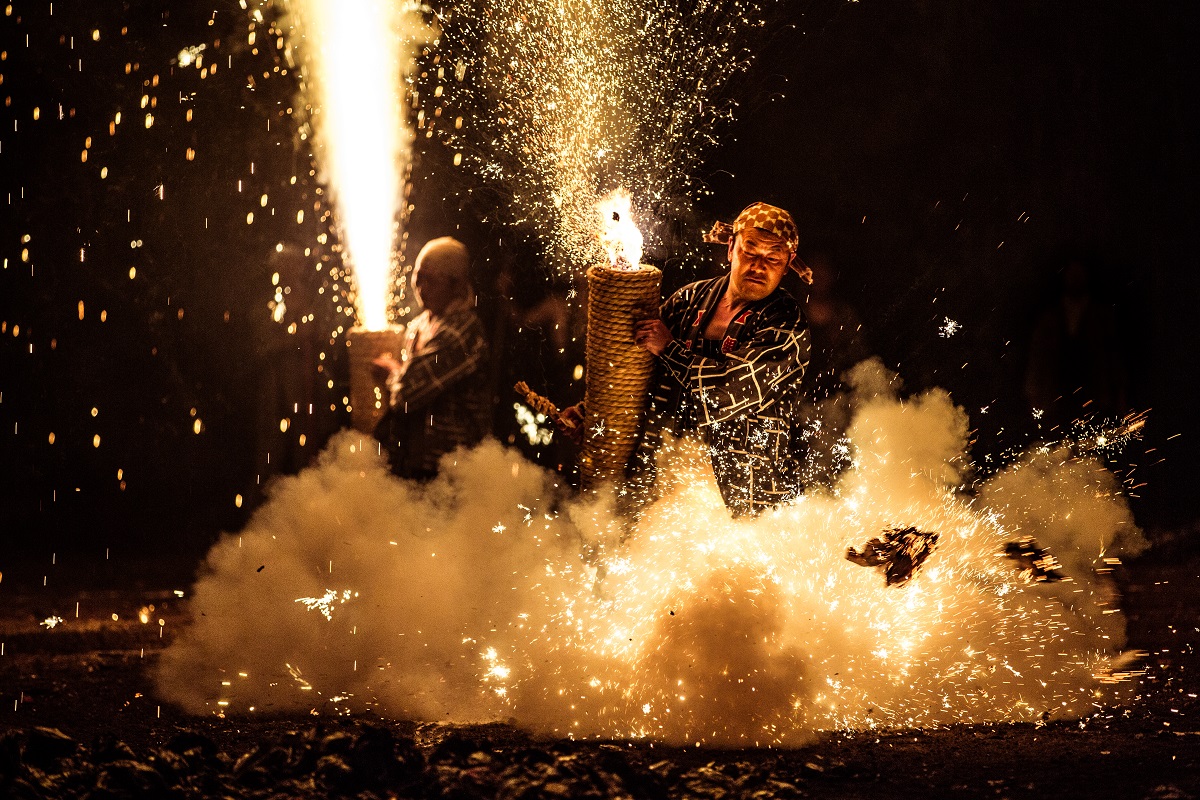 Toyohashi is said to be the location of the origin of Tezutsu Hanabi, or handheld fireworks. These are the unique fireworks of the East Mikawa area, which shoot out 1.8-3 kilograms of gunpowder packed into a bamboo tube measuring 80 centimeters that has been wound with rope. People directly hold the tubes by securing them in their armpits and firmly gripping them with both hands. At the end, a flame known as hane is blown out at the bottom of the vibrant fireworks with a loud noise. The fireworks are lit at many religious festivals within Toyohashi City that give traditional offerings to the gods for large harvests, good health, family fortune and prosperity, and continued good luck in battle.

A traditional passed down since over 400 years ago 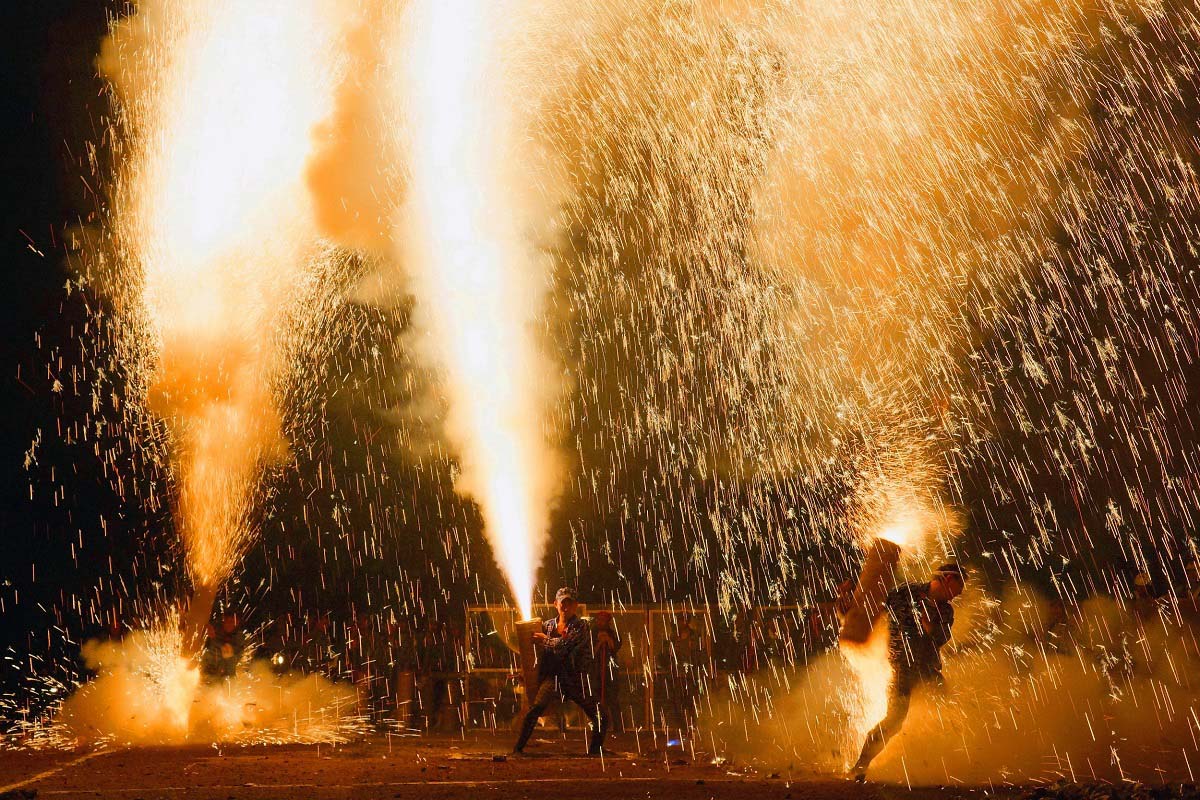 In addition, it is traditional for the people who raise the Tezutsu Hanabi to do everything from cutting their own bamboo to preparing and packing their gunpowder. The model for Tezutsu Hanabi is said to be a means of communicating information called noroshi. It is recorded in ancient documents at Yoshida Shrine in Toyohashi City that fireworks were launched at religious festivals with written statements that “religious festival fireworks started at Yoshida Tenno Shrine,” and that “the fireworks were started by the keeper of Yoshida Castle at the time in 1560.” Tezutsu Hanabi are among the fireworks throughout Japan with quite old histories, and Yoshida Shrine is said to be the birthplace of these fireworks.

You can see the fireworks at the Toyohashi Gion Festival held yearly in July, Hon no Saiten fire festivals held several times throughout the year, and more.