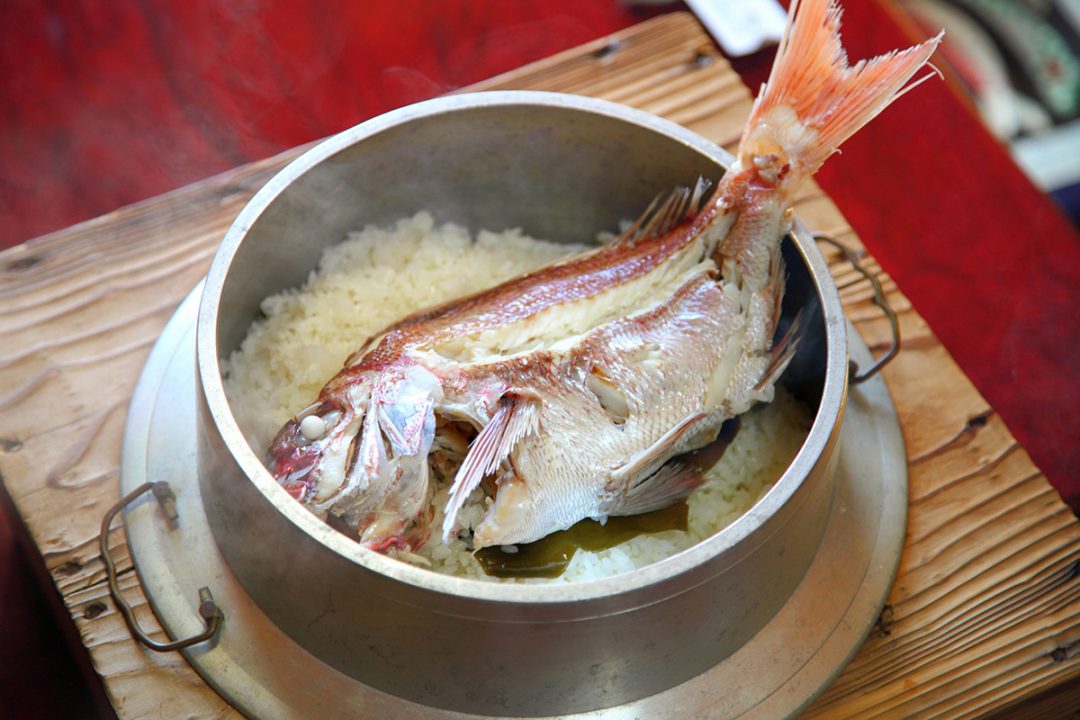 The best of local Ehime cuisine 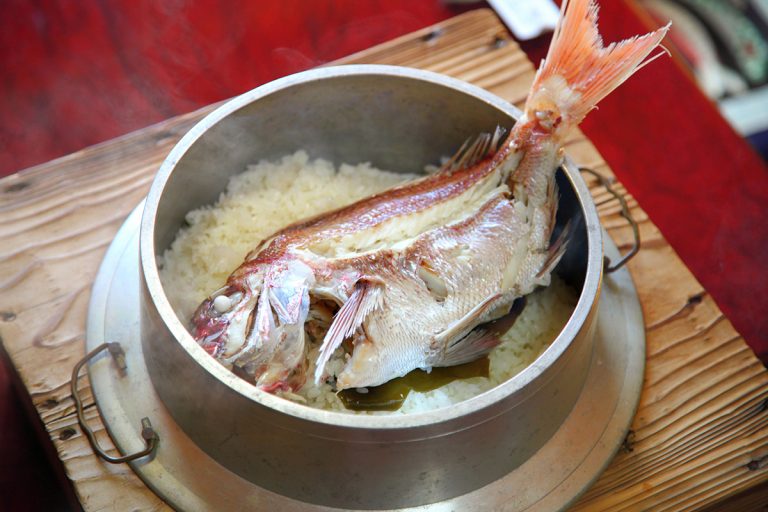 Taimeshi is the signature local cuisine of Ehime Prefecture. It is well-known for two varieties: Hojo Taimeshi from the Chuyo region, which is centered on Matsuyama City in the middle of the prefecture, and Uwajima Taimeshi from the Nanyo region, which is centered on Uwajima City in the southern part of the prefecture. There are different styles of Taimeshi in different regions.

Hojo Taimeshi is a local dish characterized by cooking an entire sea bream with the rice. Made with only the fish and dashikombu dried kelp, it features a simplicity combined with excellent dashi flavor from the fish, allowing diners to fully savor the flavors of these fresh ingredients. Hojo Taimeshi can be found in locations such as central Matsuyama City and the shopping street of Dogo Onsen.

Uwajima Taimeshi is a pickled local dish featuring a special sauce with egg, sea bream sashimi, and Japanese condiments. The rice is served in a bowl and mixed with the sauce before eating. The rice pairs exquisitely with the sauce and the moderately fatty sea bream with its springy texture. It’s so delicious it won’t be long before you’re asking for seconds and thirds. You can try Uwajima Taimeshi at restaurants and other establishments throughout Uwajima City.