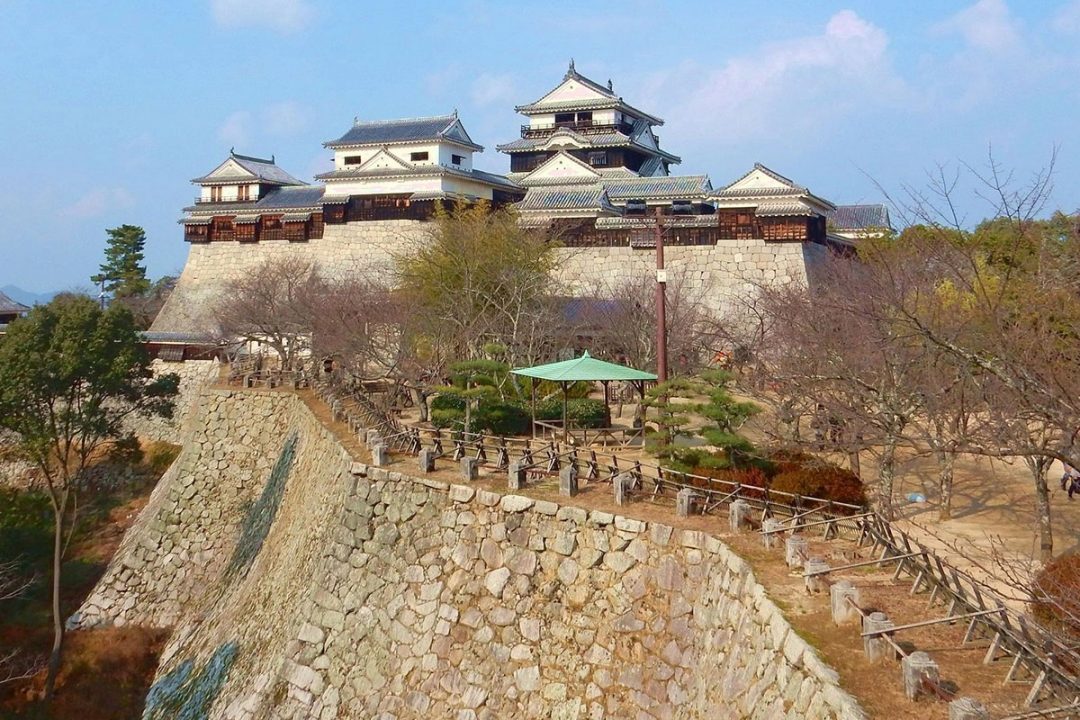 One of Japan’s 100 famous castle that still stands today

A beautiful Japanese castle from the Edo period 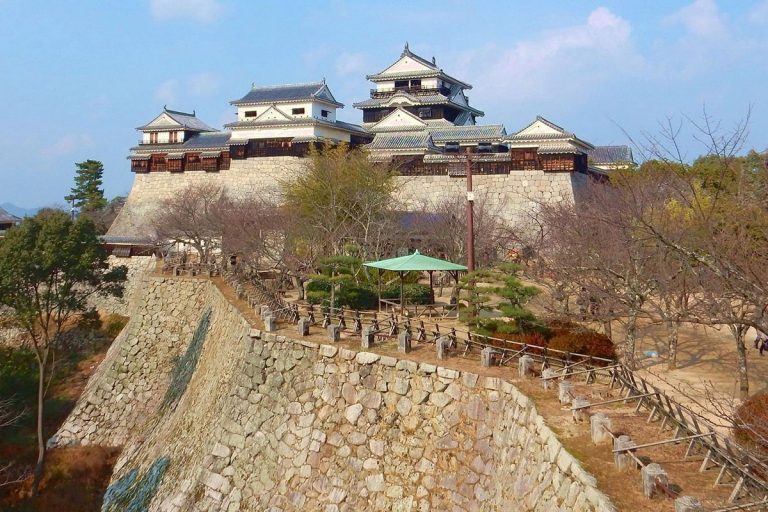 Matsuyama Castle soars over central Matsuyama City atop Mount Katsu at a height of 132 meters. It was built by the famous Yoshiaki Kato during the Battle of Shizugatake.
It is known as a hirayamajo, meaning a castle on a hill surrounded by plains, features Renritsu-style castle towers that have excellent defensive and offensive functions, and has skillful arrangement of many gates, turrets, fences, and high stone walls with holes for shooting arrows and dropping stones.

The many skills of the artisans 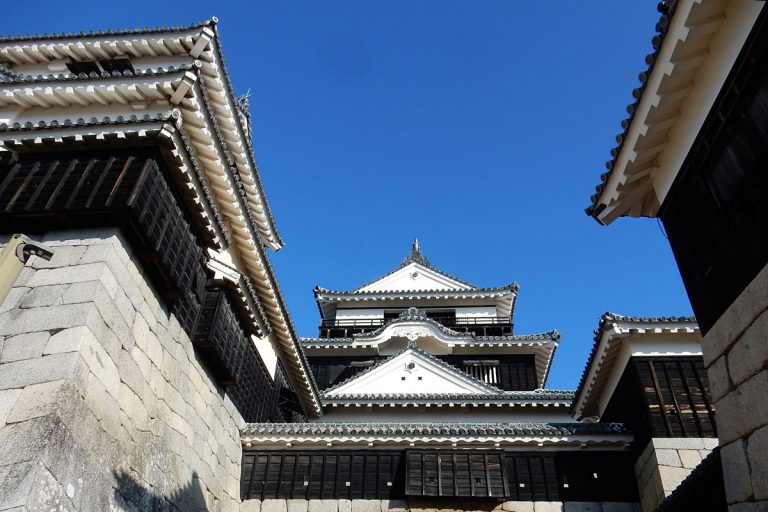 There were said to be 170 castles throughout Japan during the Edo period. However, many of these castles were lost because of the wars between the end of the Edo period and the Meiji period, the “Ordinance for Disposal of Castles” issued by the Meiji government, natural disasters, and damage from World War II. There are only 12 castle towers built before the Edo period still standing today, and Matsuyama Castle contains one of them. It was ranked as one of Japan’s 100 famous castles in 2006, and was selected with Dogo Onsen in 2007 in the ranking of the Top 100 Historical Sites of Beautiful Japan.

In addition, Matsuyama Castle also has the Nohara Yagura, featuring the only double turrets in a watchtower style still existing in Japan. From the outer citadel to the inner citadel, it also has nobori-ishigaki stone walls, only present at Matsuyama Castle and Hikone Castle among the 12 remaining castle towers in Japan, which are made with an ancient Japanese defensive technique that came from Korea. Because of this, the entirety of Shiroyama Park, including the Horinouchi area, is a national historic landmark. 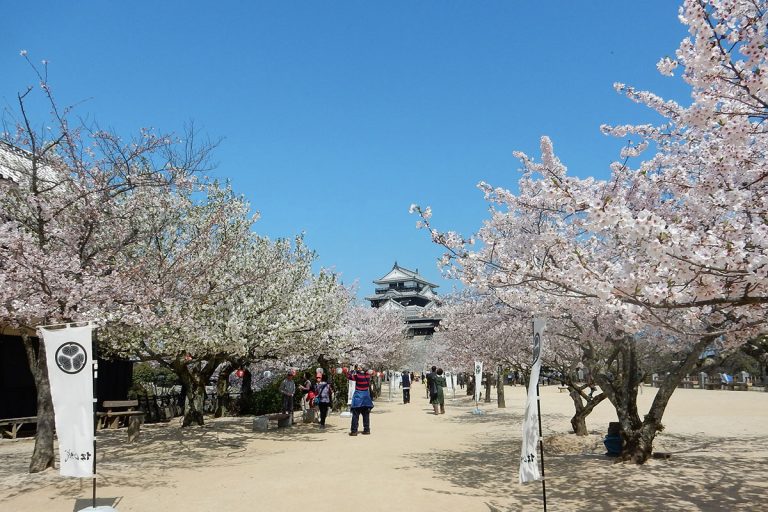