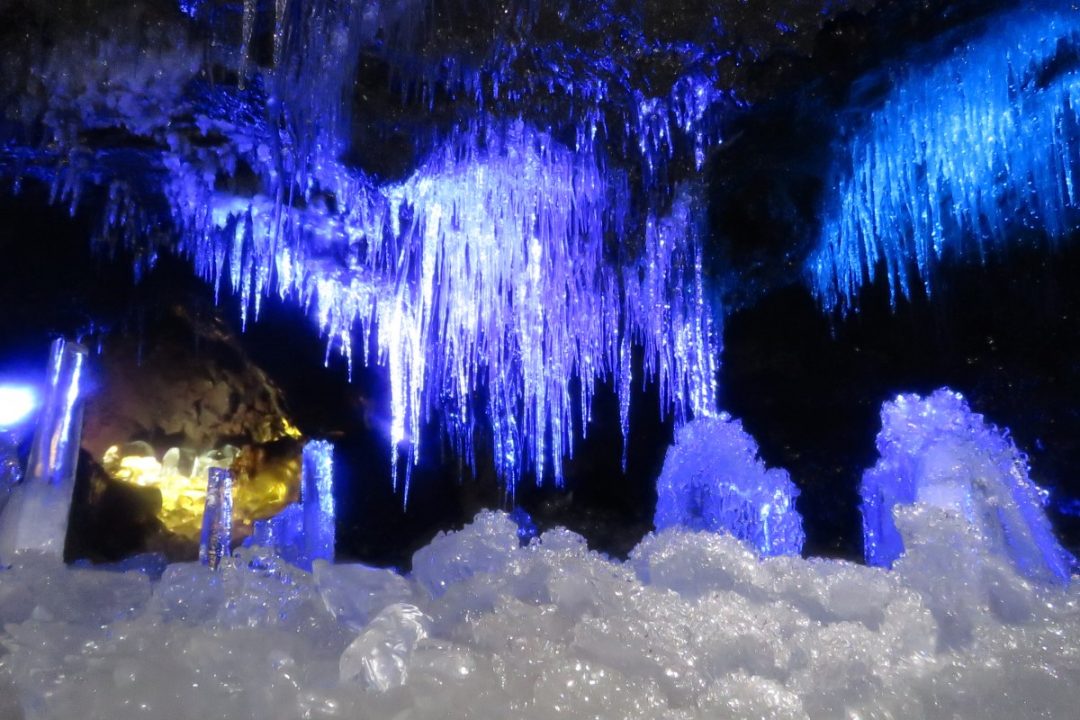 A natural world of adventure at the foot of Mt. Fuji

Open all year round (excluding a fixed period in December)

The Wind Cave was used as a natural refrigerator 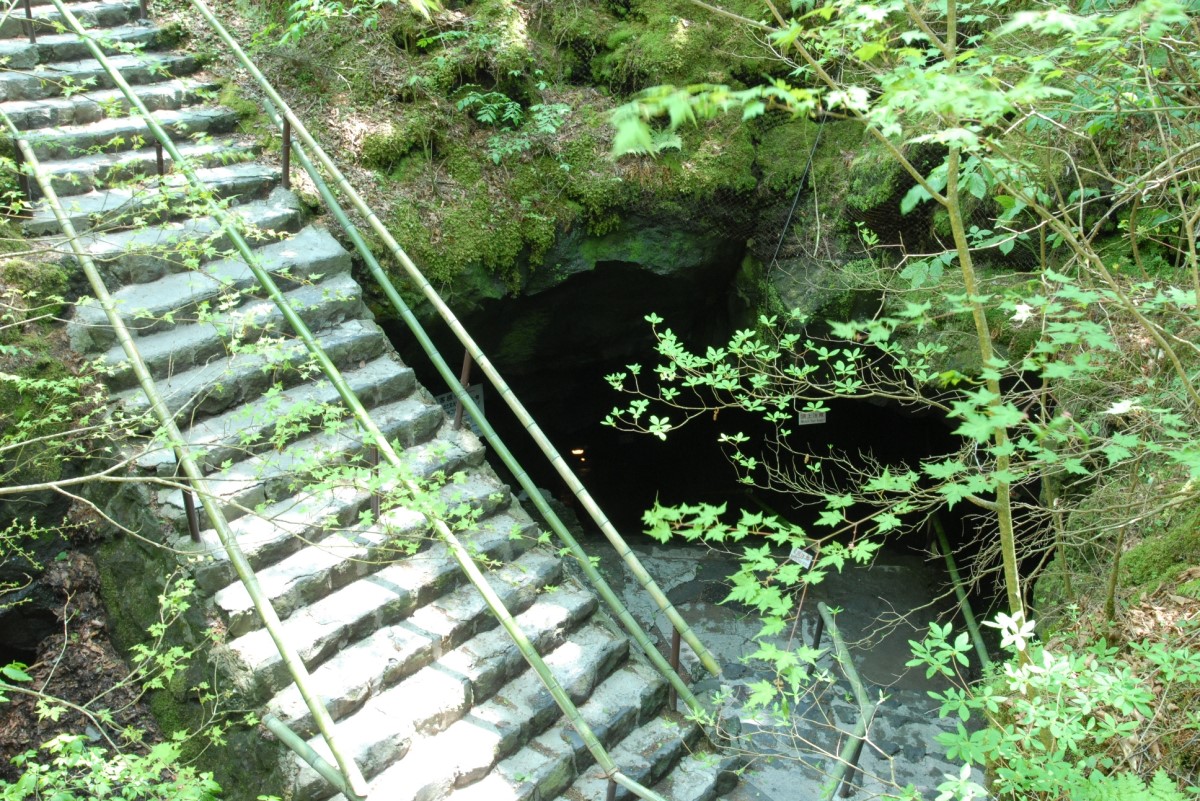 The Fugaku Fuketsu Wind Cave is a lava cave surrounded by the abundant greenery of the Aokigahara Jukai forest near Mt. Fuji, and has been designated as a Japanese Natural Monument. This lateral-type cave, formed by the flow of lava, has a gentle slope and is easy to walk. It is 201 m long and 8.7 m high, and has an average temperature of 3℃. Even during the summer, it remains pleasantly cool inside. It was once used as a naturally refrigerated warehouse to store silkworm eggs when sericulture was flourishing in Japan. 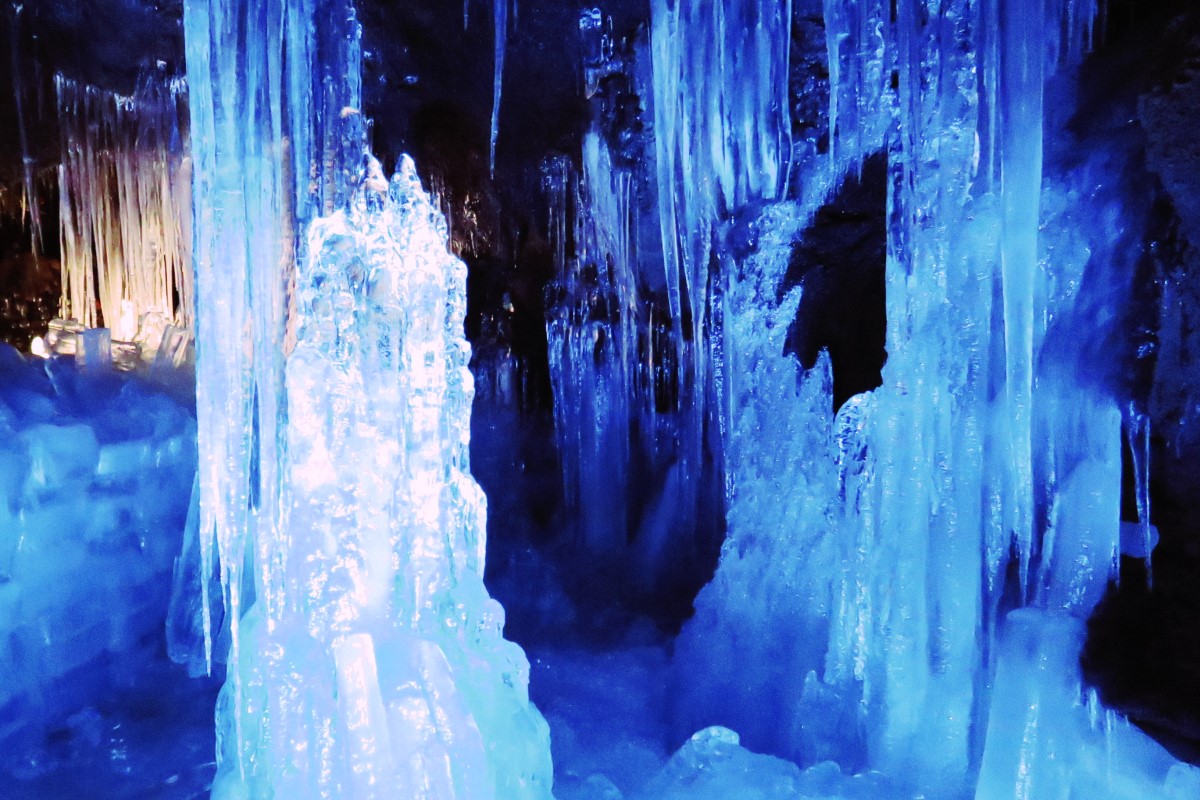 The ice pillars that do not melt even in summer are just one of the things to see on the 15-minute guided tour. There are many other natural sights to see in this unusual world. In addition, one of the features of this cave is that the basaltic walls absorb sound so there is no echo inside the cave.

■Access
Take the bus for around 30 minutes from Kawaguchiko Station, Fujikyu Railway. Get off at the Wind Cave bus stop. 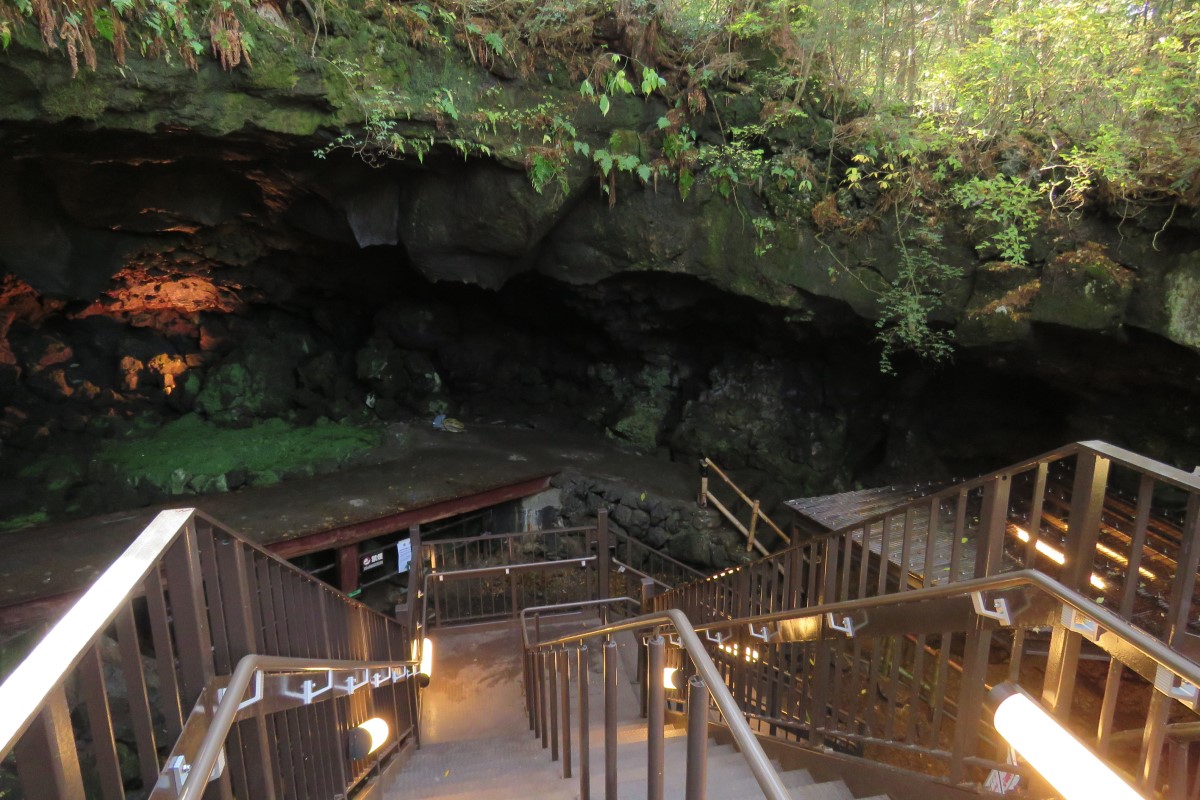 Along with the Wind Cave, the Narusawa Hyoketsu Ice Cave is one of the famous lava caves at the foot of Mt. Fuji, and is a circular pit-type cave located at the eastern entrance to Aokigahara Jukai forest. It is known as one of the famous tourist spots of Fuji-goko (Five Fuji Lakes), with many visitors throughout the year. You can enjoy the various aspects of this cave as you walk around, such as the ice pillars, ice lake, and lava tunnel. 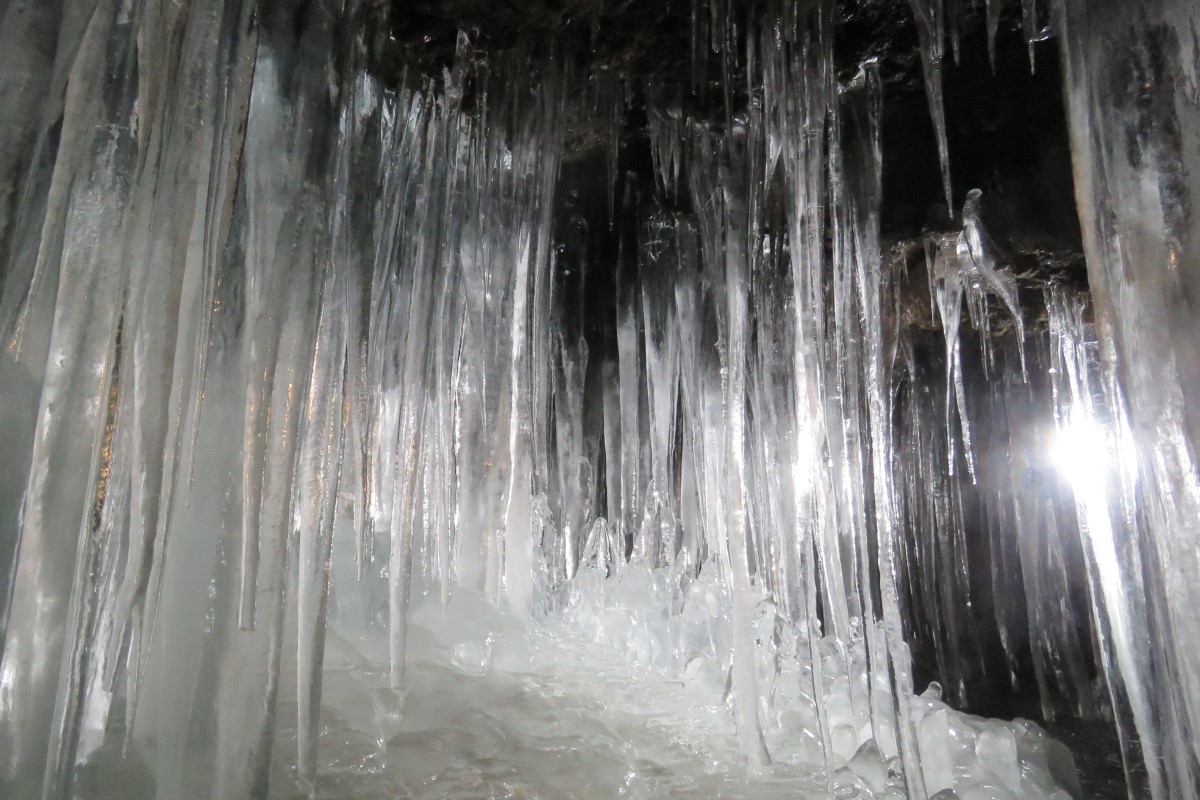 The main thing to see are the ice pillars, formed from water droplets dripping from the ceiling and freezing. Around April, they are at their biggest, and you can see giant ice pillars up to three meters high.

If you plan to see both the Wind Cave and the Ice Cave, it is recommended to walk the 30-minute distance using the well-maintained natural footpath.

■Access
Take the bus for around 30 minutes from Kawaguchiko Station, Fujikyu Railway. Get off at the Ice Cave bus stop.