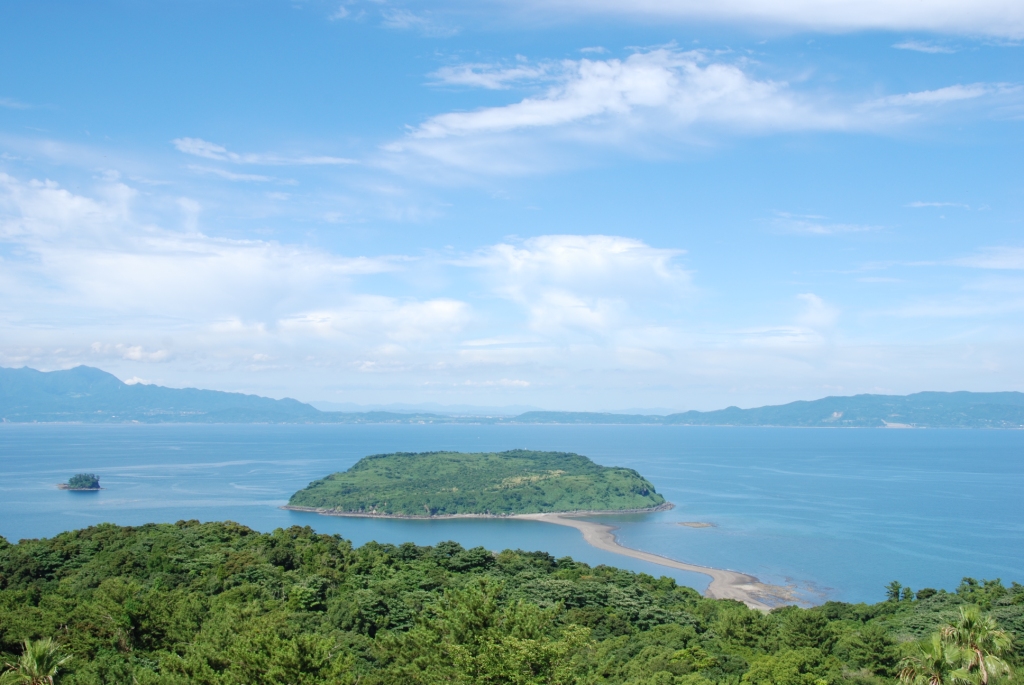 The sandbar appears when the spring or half tide is at low tide from March to October.
*For information on the sandbar, please check the Ibusuki City tourism website.

Cross over to Chiringashima Island by walking on Sandy Chiririn Road 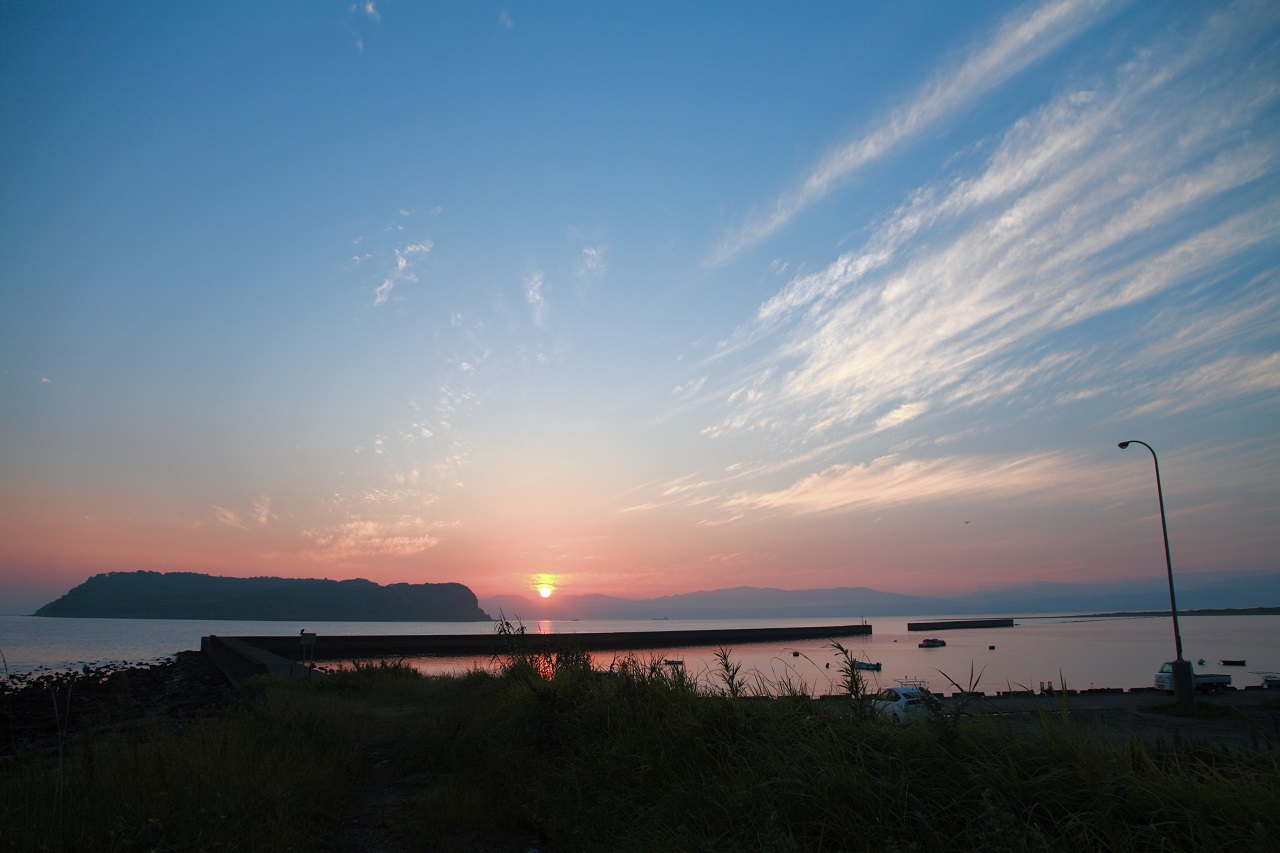 Chiringashima Island is a beautiful uninhabited island with an area of about 60 hectares and a circumference of about 3 kilometers set within Kagoshima Bay (also known as Kinko Bay). At low tide from March to October, a sandbar of about 800 meters forms a road enabling visitors to walk to this mysterious island. The entire area belongs to Kirishima-Kinkowan National Park and was designated by the Ministry of the Environment as one of Japan’s top 100 aromatic landscapes. Many visitors cross the sandbar and enjoy the aroma of the tide. The sandbar is nicknamed Ibusuki Sandy Chiririn Road.

The island was once densely covered by old pine trees. It is said that the name Chiringashima means “wise tree island,” and comes from the name used by sailors who passed through at night and relied on the sound of the trees shaking in the wind to navigate safely.

*Be careful of the blue-ringed octopus!
Since March 2013, the blue-ringed octopus, which has powerful toxins that damage nerves, has been sighted several times at beaches within Ibusuki City. It has a distinct appearance with a body length of about 10 centimeters. Its bite is extremely dangerous because it causes dizziness and breathing difficulties, so you should never touch it.

A matchmaking or love island 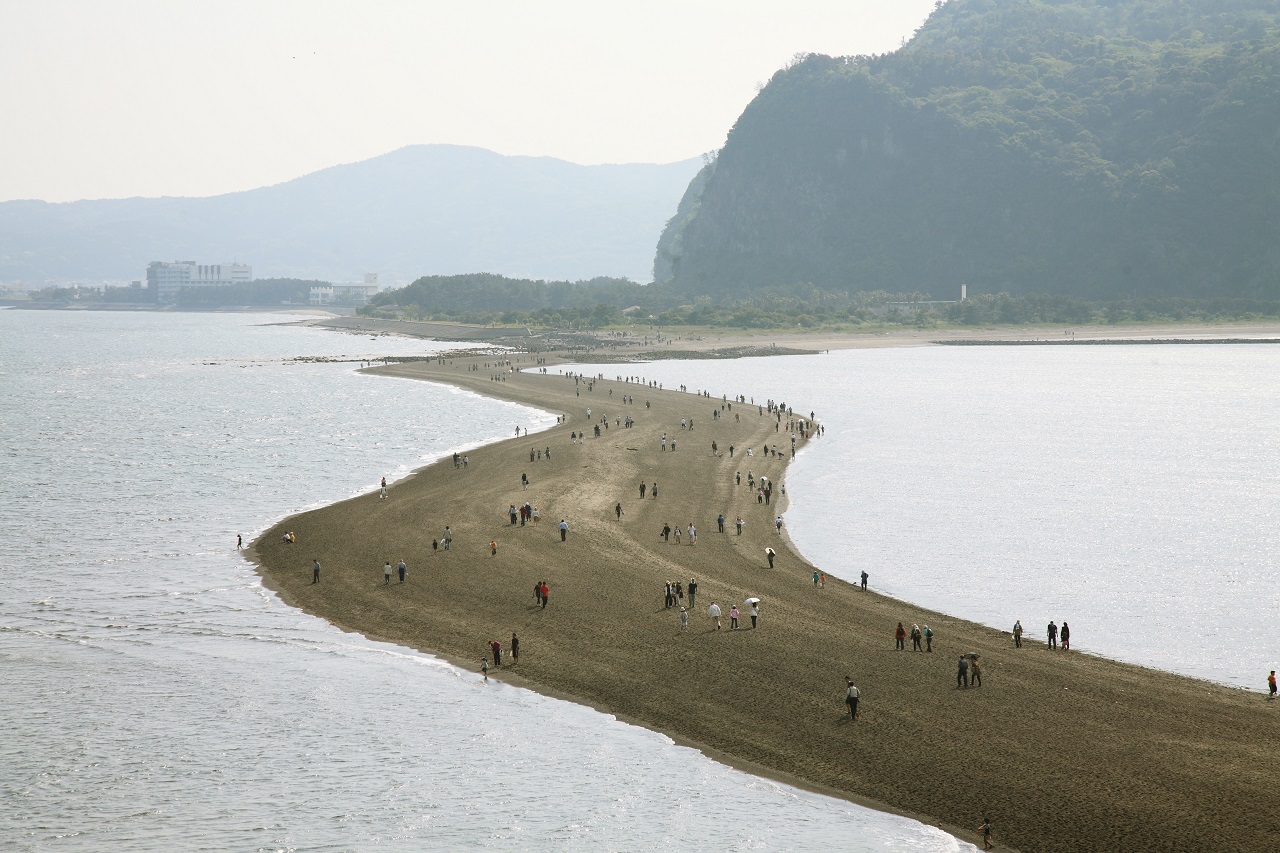 Chiringashima Island is known as a matchmaking island, or love island, because its sand road always comes back even if it disappears and it links the island and shore. It is thus known as a “power spot,” a term used in Japan to mean a place overflowing with mysterious power. The island also has a loop road, viewing platform, and a special bell known as Chirin’s Bell. 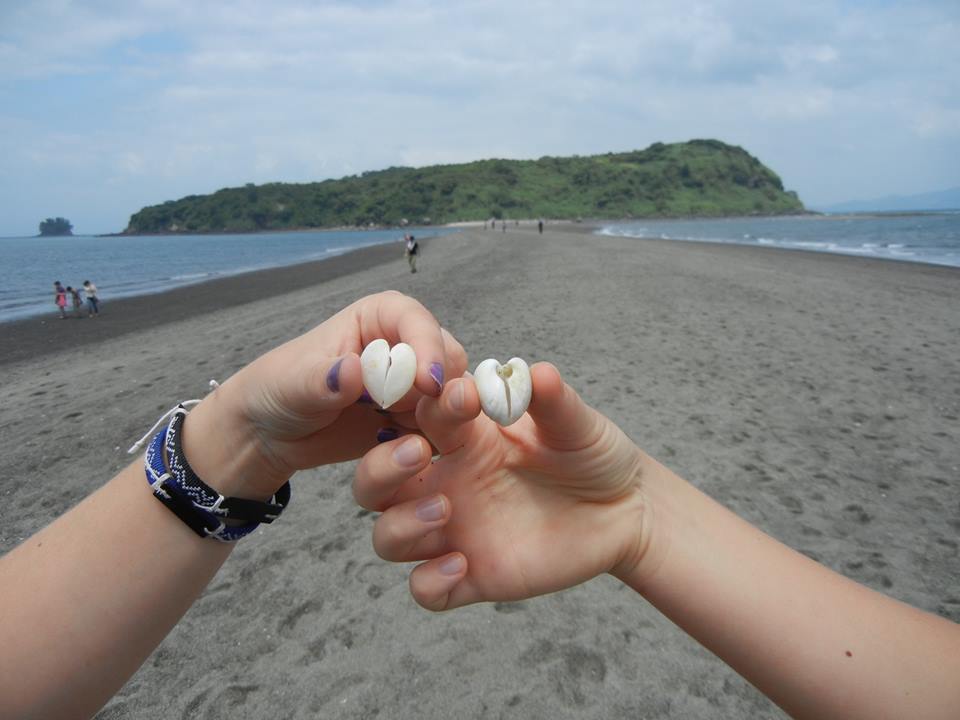 The sandy road is full of fun shells. If you put two shells together from the shellfish known as mokuhachi aoigai, they make a heart shape! You should definitely check what is at your feet when you walk along the sandy road.