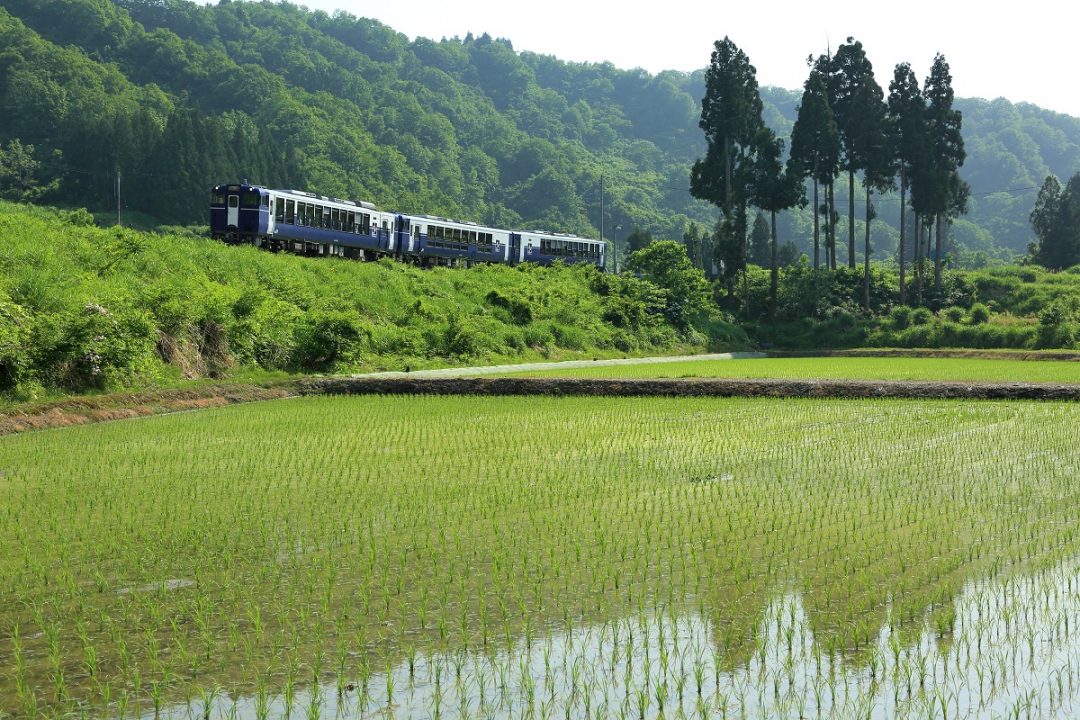 Enjoy local Niigata sake and foods aboard the train 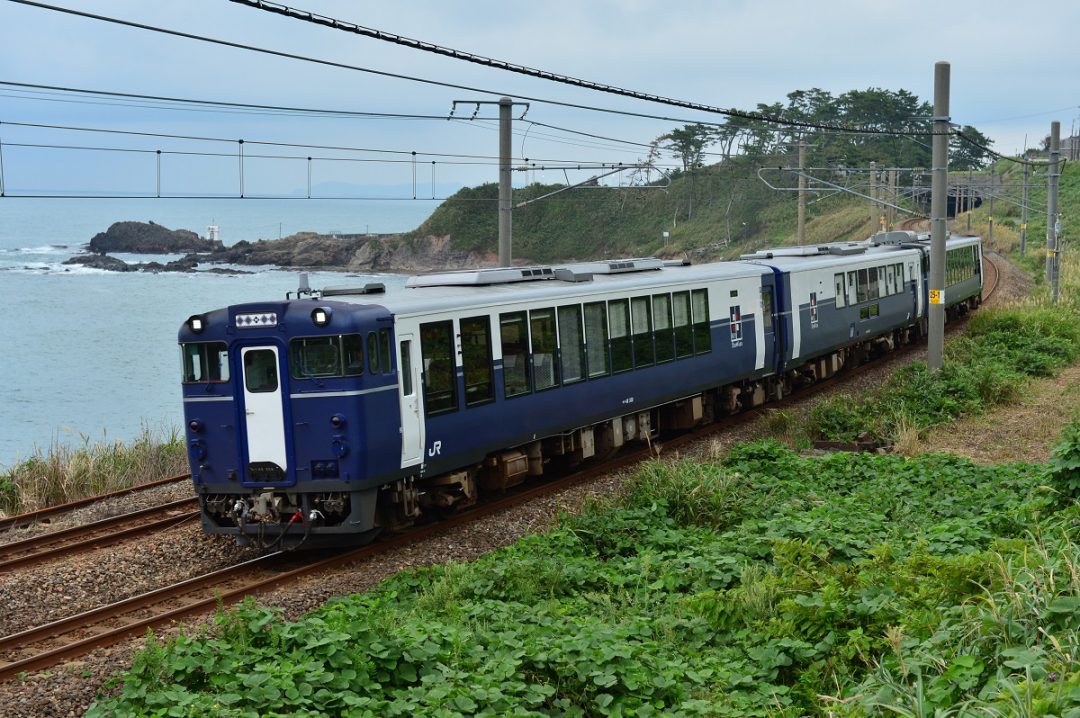 The Koshino Shu*Kura is a train of Niigata, which is known as a major rice production area on the outskirts of Tokyo, and has a concept centered on sake which is made from rice. Niigata has numerous sake breweries as well as many well-known brands. The train cars were remodeled to evoke the sake breweries and abundant nature of Echigo. The name “ShuKura” written in English letters means sake brewery in Japanese, and the * symbol in the middle evokes the Japanese character for rice (米), snow crystals, and flowers. The Shu*Kura trains are divided into three named trains with different operation sections.

Savor sake and learn the culture of rice 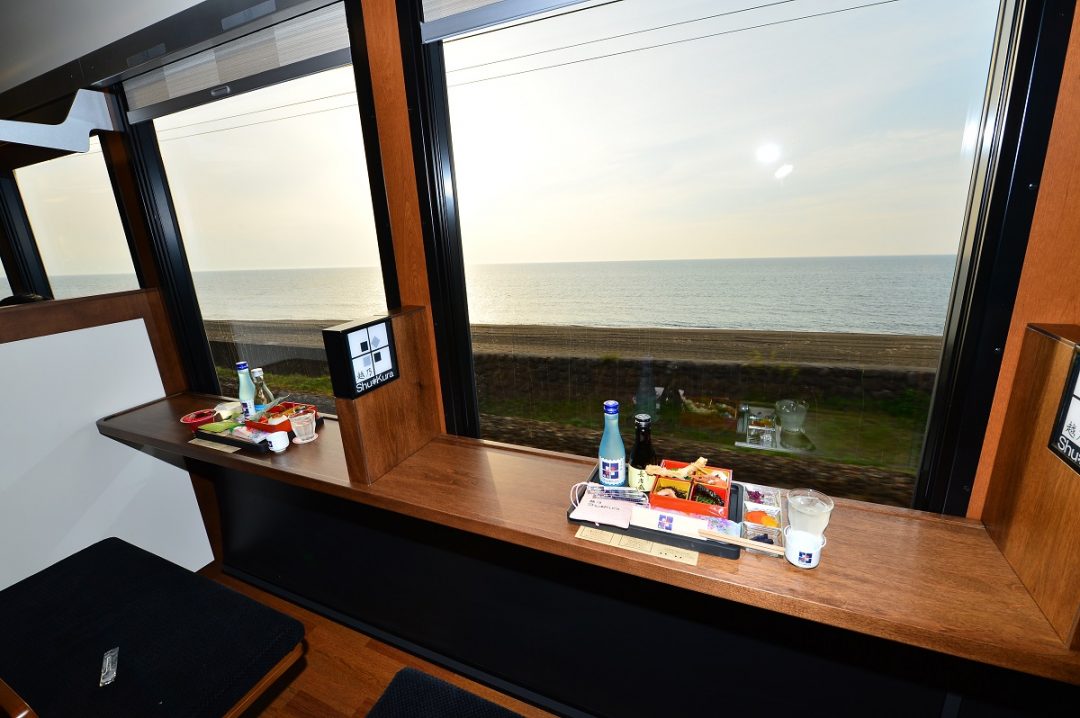 The color of the exterior features the deep blue of aishitaguro, formed with Japanese traditional indigo dyeing, with a white line that evokes snow and rice. In the observation train car, there are box seats for groups, pairs of viewing seats facing the big windows, and pairs of relaxing seats that allow comfortable sitting.

Enjoy events and sake tastings onboard 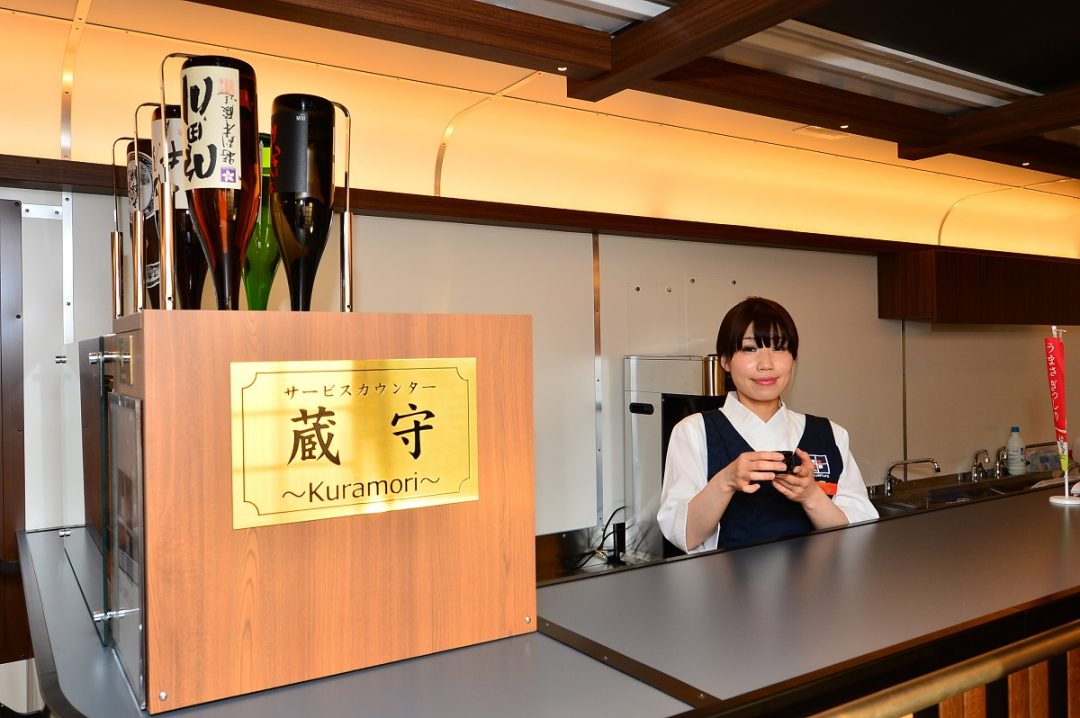 Sake tastings featuring a careful selection of choice Niigata sake as well as otsumami snacks with local ingredients are offered onboard, and there are also performances of jazz, classical, or other music and tastings with other alcoholic beverages. Local sake is available for free in the first car (the car for groups) and the third car, while the second car has the service counter Kuramori where paid sake tastings can be enjoyed featuring five regular varieties.